Constructed in 1874, the Kitty Hawk Lifesaving Station was one of the seven facilities of its kind existent on the North Carolina Coast.

Originally, the station was manned by one keeper and a crew of six surfmen whose sole purpose was to rescue those who succumbed to the dangerous waters along the Banks. These courageous men continually risked their lives to maintain a routine patrol of the restless Atlantic shoreline.

They were not alone in their valiant efforts. The constant vigil of the lifesavers was accompanied by yet another brave soul of a different kind…The Black Pelican. This rescuer matched the unselfish valor and steel determination of all the crew. Shortly following the station’s opening, the Black Pelican was initially sighted during what was to be the first of many violent storms the crew members had to contend with. Known as a “Nor ‘easter,” the storm forced the ocean to grow fierce as powerful winds ripped across shore. Visibility was poor. The crashing surf and ominous clouds cast a black curtain over the water. Any notice of potential distress was all but impossible to see. The Black Pelican circled the shore and caught the nervous attention of the crew. With magnificent wings parted and sleek body extended, the Pelican swooped down upon the men to warn of the distressed vessel dangerously approaching shore. 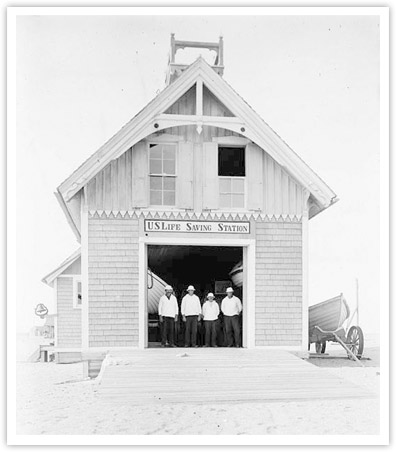 Repeated sightings of the Black Pelican hovering near the station soon followed. There the men would find the Pelican gracefully coasting along the open sea air; its glance wary and posture alert. Such a pose was one the men quickly grew accustomed to as solely belonging to there cherished scout of the high seas. The Black Pelican served as an omen of impending disaster and crucial rescue needs.Effortlessly, the bird guided the men through blinding storms and turbulent waters to the sinking vessel and struggling survivors. 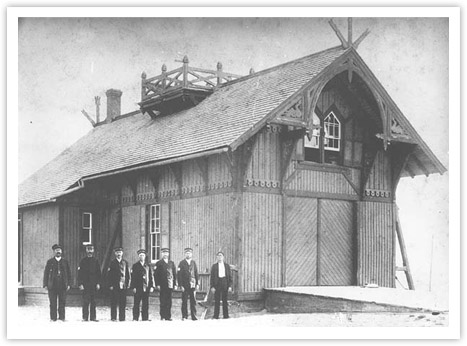 Years passed as the Black Pelican continued to aid in the success of the crew’s rescues. W.D. Tate, the station’s original keeper, kept a journal of the bird’s role as fearless “watchdog” of the open seas. Records of survivors’ encounters with the Pelican reveal the swift relief efforts of the “graceful, black-winged figure” protectively sailing overhead until help arrived.

On December 3, 1927, the Greek tank steamer, Kyzikes, was in need of immediate aid as the vessel fought a losing battle against the fury of the northeast storm. Several of the twenty-eight crewmen aboard the sinking ship credit the Black Pelican for saving their lives. Diaries kept by the survivors following their ordeal, describe in detail of the Pelican’s total disregard for its own safety and well-being as it fearlessly skimmed the surface of the stormy waters. Gallantly swirling within arm’s reach of the stranded passengers, the bird remained until the rescuers arrived.

Such a simple gesture provided a desperate sense of hope and security to those whose chance of survival seemed virtually impossible. Yet because of the bravery of the Black Pelican, such lifesaving efforts were possible. Many did survive – only to pass on to generations the story of the incredible rescues led by courageous bird the color of midnight.

In the memories of the lifesavers, the tireless efforts of the Black Pelican never ended. However, with the closing of the station, the bird merely vanished. The sightings ceased, and the skies along the shore seemed so…empty. The Pelican’s duty as endearing scout was over.

As years passed, entire species of pelicans were rapidly decreasing. The bird became endangered, fallen prey to ocean pollution, environment poisoning and shoreline commercialization. Today, however, the pelican population is again stabilizing as a result of protective measures by conservationists and government-funded restabilization projects. News of modern sightings of the Black Pelican once again circulated the island. Around the Oregon Inlet, a populated fishing site, boatmen claimed to have seen a “suspicious black bird” circling overhead during the inclement weather. Fishermen, sailing in rough seas, described this odd-colored pelican as suddenly appearing as a bold, striking creature flying nearby, ever-watchful of the boat’s crew. Also included in these reports are Coast Guard sightings during routine rescue drills. The bird is documented as maintaining the Pelican’s typical, low-flying sweep around potentially hazardous areas of piers, high surf, and rough undertows.

Yet, the mystery remains. Stories of the Black Pelican live on despite the change of modernization. Ancient legend of this faithful bird extends back to the Middle Ages when the Pelican was regarded as a symbol of love, charity and sacrifice.

So cast your gaze upward. Have no fear of Nature’s wrath. Such a beacon of hope and security does exist and will someday appear to all who seek this beloved bird of the Banks… The Black Pelican. By: Lisa Haraburda

*Specials available for order after 5:00 PM*

The Black Pelican does NOT add gratuity to any check. Thank you for dining with us!